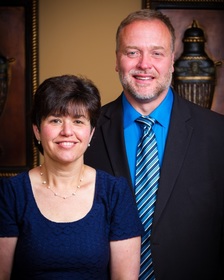 Pastor Rick and Robin came to Littlestown after serving 7 years in Waynesburg, Pennsylvania at First Assembly of God.  Pastor Rick has served in full time pastoral ministry since graduating from Valley Forge Christian College in 1985, with a degree in Pastoral Studies.

Rick has been married to his wife Robin since November 23, 1985, and they have been blessed with three children:  Jessica Bryan (married to Frank Bryan), Jessica is the Youth Pastor at Calvary Assembly of God in Waynesboro, PA; Ashley Mason who lives in Chambersburg, PA. with her husband, Zack; and Jonathan who graduated in May of 2014 from Valley Forge University with a degree in youth ministry and is a licensed minister with the Assemblies of God and is married to Dani and is currently the Pastor of Student Ministries at The Bridge Church in Hamburg, PA. Pastor Rick and Robin are blessed with four grandsons, Frankie Bryan, Jr., Knox Bryan, Colt Bryan and Rhyse Mason who are the apple of their eyes.

Pastor Rick and Robin have a desire to see individuals come to know the Lord and to see them discipled so that they have a foundation in Christ to build upon. At Bethel we are big enough that someone can blend in with the larger Body of Christ, however, there are many ways you can connect in small group studies and discipleship opportunities that makes the larger church feel small. We’ve got numerous ministries and classes for you to plug into, purposed to help you connect with others. 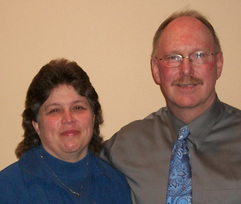 Pastor Leah Yingling came to know the Lord on August 15, 1999 after she began attending Bethel. She quickly realized that she had a passion for studying the scripture and to learn and grow in the things of God.  In 2001 she began studying through Berean School of the Bible and felt called into the ministry in 2006. After completing the required studies in Berean in 2014, Leah was ordained on May 6, 2015 through the Assemblies of God.

Leah was hired as a part-time Pastoral Care Pastor in September 2016 where she takes care of the majority of the hospital and shut in visitation, oversees and teaches the Berean School of the Bible classes, assists with weddings, funerals, preaching, and coordinates the weekend on-call team, and various other ministries related things.

Leah has been married to her husband, Tim (Tonka) Yingling, for 26 years and they are blessed to have a daughter, Stephanie Christian, who lives in Ohio, with her husband, Tommy. Leah and Tonka were blessed with their first grandson, Jerry Thomas (JT), in 2015.